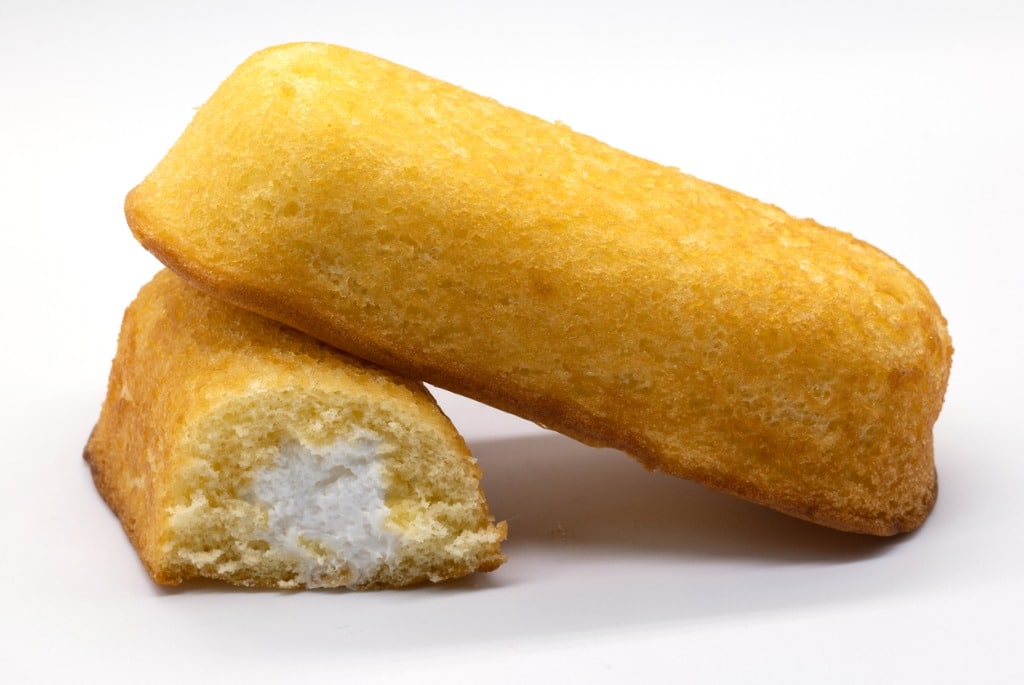 One of the most exciting things about being a creative marketing agency in Kansas City is our ability to make connections with some of the most enviable talents in the industry.

At the American Marketing Association of Kansas City (AMA-KC) monthly luncheon on Aug. 25, we had one such opportunity: David Leavitt, Vice President for Hostess Brands, and Matt Bowne, a Creative Director at Bernstein-Rein (otherwise known as the brilliant dudes behind Hostess’s “Sweetest Comeback in the History of Ever” campaign)  gave one kick-ass presentation about how they brought Hostess, after its bankruptcy in 2012, back from the grave.

Well, they did more than just resuscitate the troubled company. Through a genius multi-media campaign that effectively engaged a new generation of consumers via social media and cheeky marketing tactics, Leavitt and Bowne (more than) successfully relaunched the Hostess brand and saw unprecedented levels of return.

So how’d they do it?

With no cash flow and a tight turnaround, the relaunch team started from scratch (pun intended). They quickly noticed a social media love affair blooming–with Hostess going under, suddenly people were feeling incredibly nostalgic for America’s favorite spongy, cream-filled treat. Recognizing this as the perfect opportunity to engage with a younger generation, Leavitt and Bowne asked themselves a simple question: How would a 20-30-year-old announce Hostess’ return on social media? Not long after, “The Sweetest Comeback in the History of Ever” campaign was born.

The power of a hashtag

The Leavitt/Bowne team immediately took advantage of the growing social media buzz and started the campaign with a tease, personified by #cakeface. They encouraged consumers to “prepare your cakeface” by sharing Vines and photos of their faces as they waited in anticipation of the rerelease of Hostess products on Twitter and Instagram. This content then aggregated into a continuous feed on PrepareYourCakeface.com three weeks before the release, along with a countdown to the release date.

In a clever twist, they then dispatched street teams into major cities, stopping passerby, doing “mouth yoga” and other cheeky demonstrations, along with painting massive, colorful billboards on the sides of buildings that featured simply a product shot and the release date.

They also produced a massive amount of their own social media content to generate excitement for the countdown until the eventual release date. The playful nature of all this quickly spread like wildfire on social media.

Next, they sent a VIP first batch of cupcakes to loyal followers, celebrities and late night comedians, who promptly spread the word via their respective mediums. They also made partnerships with Walmart, as well as popular websites Buzzfeed and CollegeHumor to further spread the word.

When the release date finally arrived, the Hostess snack truck (driven by Al Roker, of course) drove about the streets of New York City, live on the Today show for the whole world to see. The unveiling of the “Snack Spotting” app allowed people to share where they found their favorite Hostess treats and further announce that, finally, Twinkies had arrived.

It may come as no surprise that Hostess lived up to its campaign name: stores sold out within 48 hours of the release date…the Hostess bakeries simply couldn’t make enough Twinkies to catch up with the demand. What’s more, they had solidified the reinvigorated the Hostess brand into the minds of the public with:

This all translated into a whopping 185% increase in Twinkie sales, effectively selling more Twinkies in 12 months than in the entire history of the company. By staying true to their identity and by understanding who they were trying to reach and how to reach them (with added doses of wit and innovation), Leavitt/Bowne truly pulled off one sweet campaign.

Makes you want to go eat a Twinkie, doesn’t it?

Scott has a passion for growing companies using marketing and consulting with businesses to make their processes better. As a speaker and author, Scott loves to share knowledge and ideas. Scott is the President of RSM Marketing.

Maybe We Could Stay In Touch?